I heard of the passing of a retired, former colleague this morning.  Just last night, as I was about to turn over, I said to myself I wonder how he’s doing.  He had been ill for quite a while, following a heart attack, after which a myriad of treatment-related issues followed.  It was inevitable that he would never be the jovial man he had been before the cardiac arrest, but the news has still left me feeling awfully sad.

The gentle giant’s office was next to mine when I started working at the tannery.  When he retired, I moved into his office, a kind of promotion if you will, because it gave me control of the air-conditioner panel which controlled both spaces.  I was always hot and wanted it on, and he didn’t complain; he simply kept a jacket in his office over his chair to keep the chill at bay.

He had a fondness for pastries from Het Deegmeisjie (a local bakery) and milk tart (a traditional Afrikaans pie-like dessert) from De Vlaming (another local bakery legendary in the area for their specific milk tarts), and would often bring eats from these two spots to share.  He also almost always had rusks in his drawer because there is always someone in the office looking to dunk one in their coffee.

He was a large man, with an even larger heart, never hesitating to help.  I asked him one day if he knew of someone who could do seamstress work and he gave me his address telling me to bring myself and the garment to his house; his wife would help.

He had a fantastic sense of humour and was often ready to share a joke if he saw a person needed a smile.  He was also a father figure to many of us younger people at work, offering his own brand of wisdom when it was asked for. 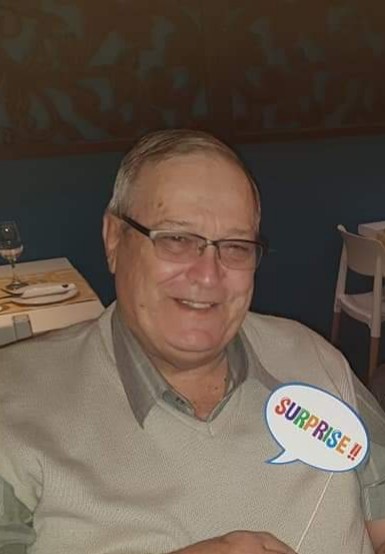 I will always remember André, as a man who loved sports.  He was a keen watcher of cricket and a staunch Blue Bulls supporter on the rugby side, even though virtually all of us would, in joking good spirit of course, rather support a bunch of bloomer-wearing grandmas with zimmer frames than his team.

Ou Doep – you will always be fondly remembered and live on in the hearts of those whom you deeply touched during your earthly life.  It was a privilege to know you.  Until we meet again, rest in peace.

One thought on “Goodbye, Mr Doeps…”