I wasn’t sure if I’d be blogging on this brisk May Monday, but when this filtered into my Facebook newsfeed this morning, I knew I had some writing fodder. 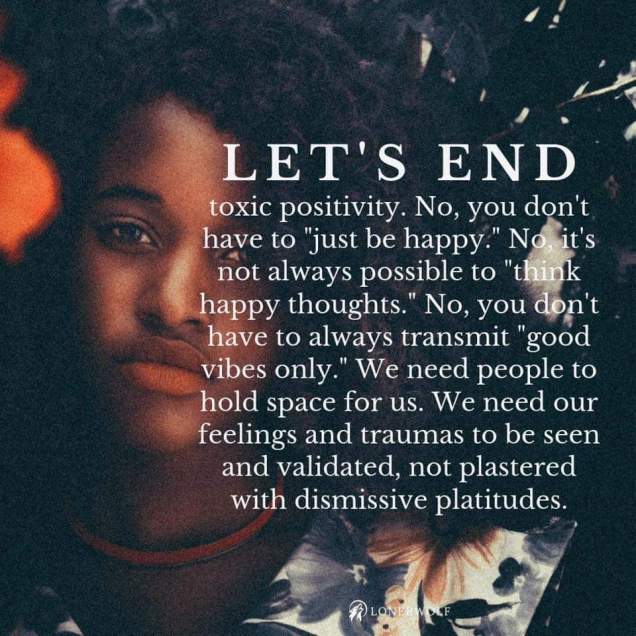 A while ago I wrote this post, in which I mentioned the very platitudes that some well-meaning people use because they their intention is to uplift someone who is in a deep, dark pit of despair.

Over the weekend I was faced with a situation where a friend needed an ear.  I’d had a feeling for a while something is amiss, and while I said as much, I didn’t press the issue.  Turns out (s)he has been trying to be strong for a very long time, but things got too much.  I encouraged him/her to just get the feelings out, and while talking doesn’t magically make all the issues disappear into the same place single socks and Tupperware lids end up, sometimes just talking about things gives a little bit of perspective.  I’m wary of offering advice, because my pigs aren’t all in their pen and our situations differ, but (s)he asked me what I would do if I was in his/her situation.  My reply (rather wise, I think) was I’m also not going to try and make you feel better with platitudes because in a situation where one is really hurting, they can illicit a negative reaction, rather than a positive one.  The only advice I do have is to do something daily that is for you and try to keep at it.

I could have given her a whole list of platitudes, which I’ve personally had said to me since my episode:

This too shall pass

Practice an attitude of gratitude

It is what it is

Every cloud has a silver lining

Happiness is an inside job

God never gives us more than we can handle

Everything you want is on the other side of fear

Every one of these old chestnuts has been tossed my way and while there is truth in all of them, I’ve sometimes perceived the person saying them to be insensitive.  I’m not sure if they’ve felt the need to fill the silence, and maybe I’m totally wrong in my thinking, but there is no need to always answer verbally.  Sometimes just a hand squeeze, or a hug is enough; especially in the times we live in, where physical contact seems to be diminishing.

Okay, I’ll get off my soapbox for now.

On other news, I have my last PT sessions with Steve this week but in five weeks I’ve had results, so I’m seriously considering another ten if finances will allow.  Tarryn cut and highlighted my hair on Saturday and on top of that, she gave me some jeans that actually fit and show that I do indeed have an ass.  I’m rocking my new hair and my smaller body!  The first pic was taken by Tarryn, the rest by Harriet at her place yesterday after brunch and window-shopping. 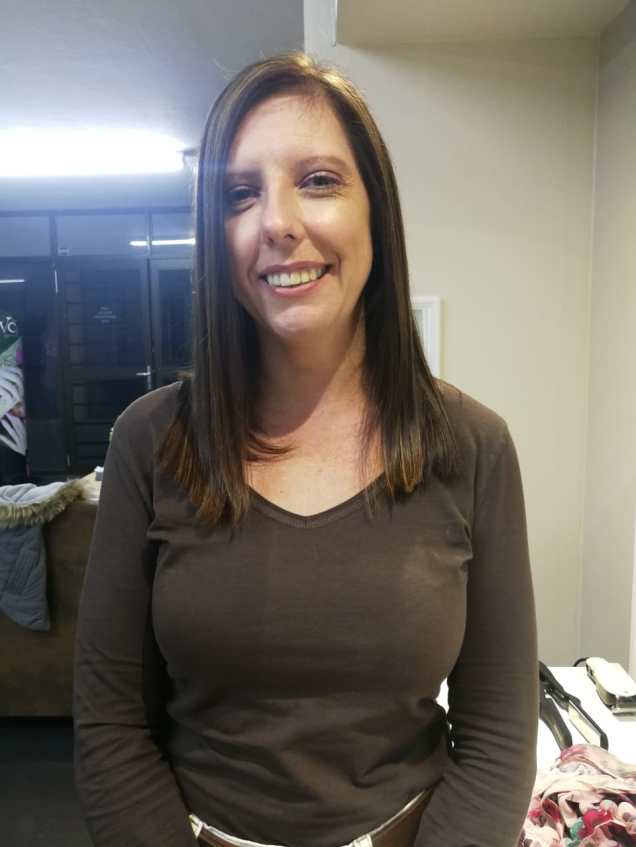 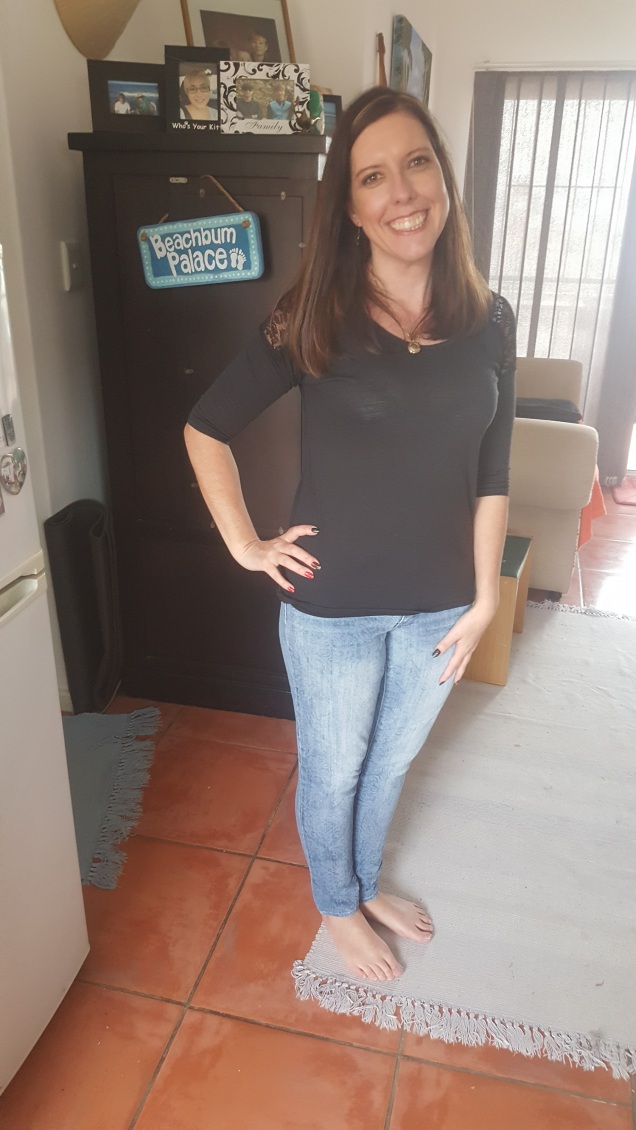 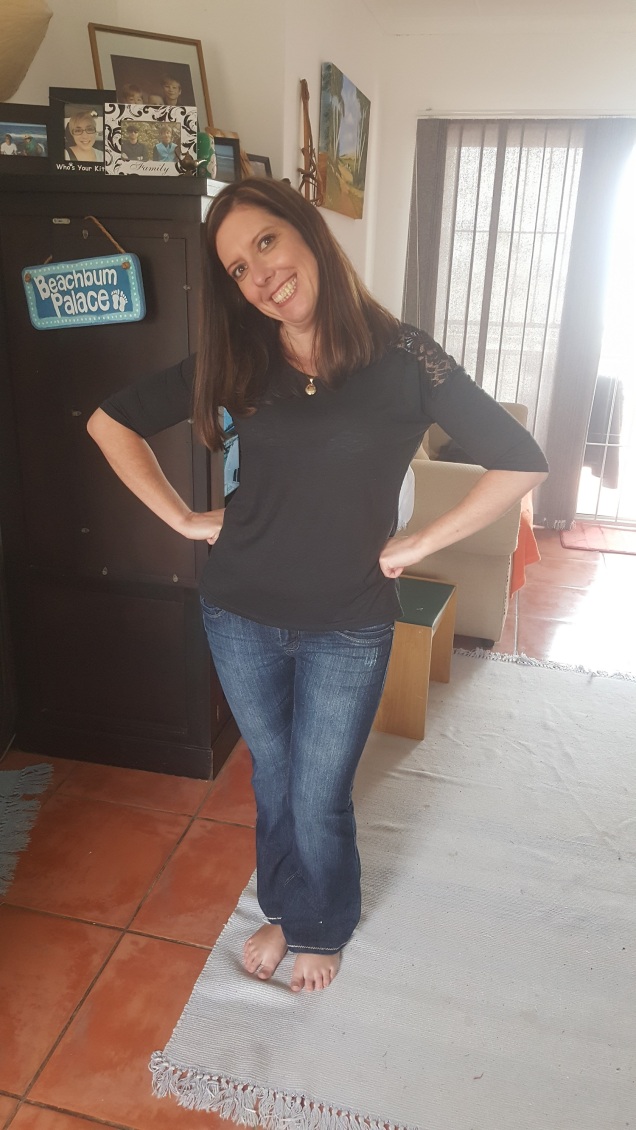 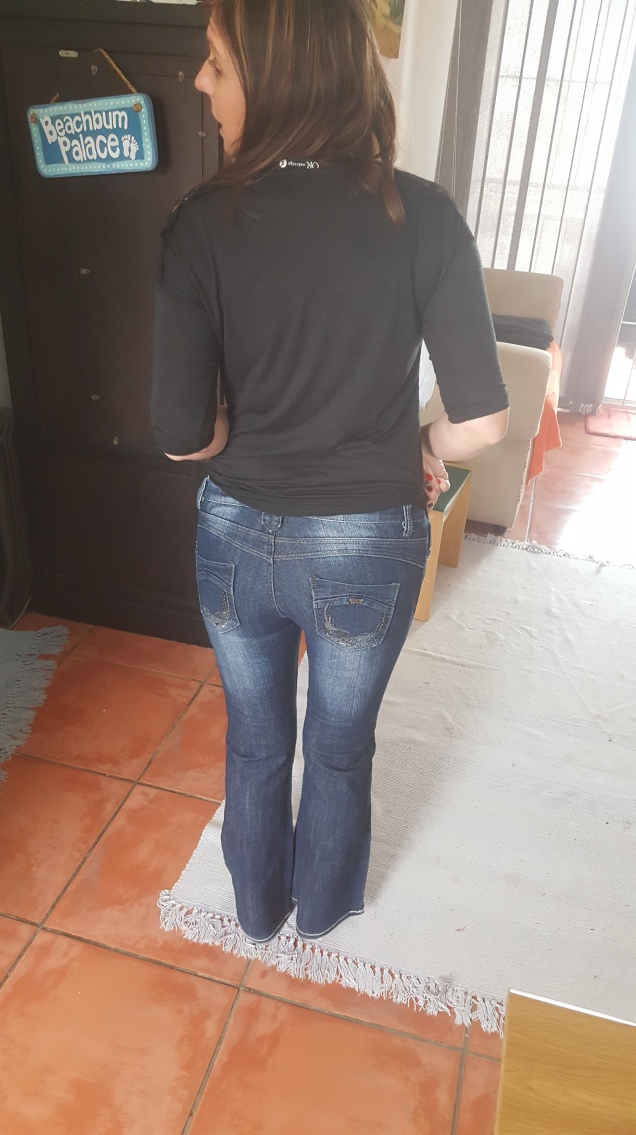 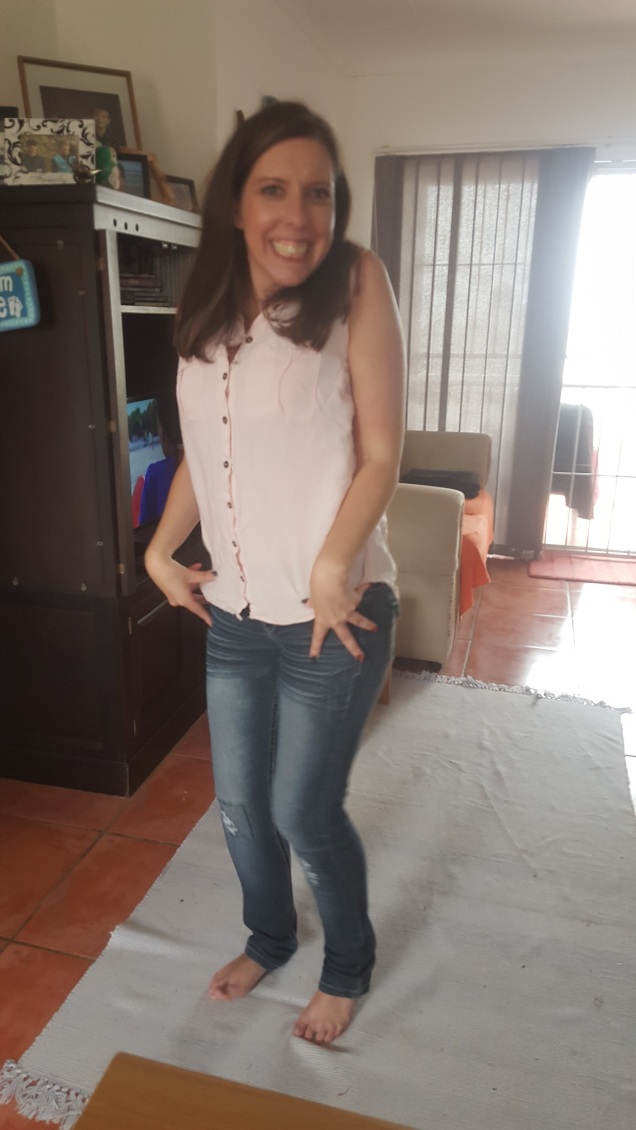 Right, that’s all for now.  Here’s to what promises to be an interesting week, particularly as us South Africans head off to the polls on Wednesday and to Wimpy afterwards for a free coffee.