I’m a member of various FB groups in our region – mostly to market my Herbalife sideline business, but also to stay in the loop as to what is happening in the area, because I live under a rock most of the time.  I don’t buy the local rag because it is more ads than news and with social media being reported in real time, by the time the paper makes the round on a Friday, most of the news is old already anyway.

One thing I have noticed on many of the groups is how many people are looking for accommodation, yet they can’t find because of limited availability and for those who do manage to find something available, the places come with ridiculous rentals and the owners are very particular about no pets.  Some even state “no children”, which I think is cruel – and this coming from someone who is not a parent. 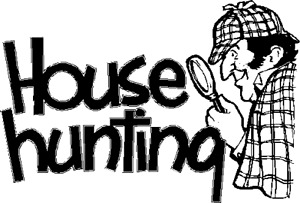 It’s the price of living in the Garden Route, I suppose, but it doesn’t seem fair.    It brings that Roger Miller tune, King of the Road to mind.

One member pointed out, “How am I supposed to afford a house with a rental of R8K when between my wife and I, we’re only bringing home R11K.  We have accounts that need paying, kids that need to be fed, clothed and schooled, and then some…”  Some replies were, “If you can get a house for R8K you should count yourself lucky” and “if you don’t want it, I’ll take it.  Do you have any idea how difficult it is to find accommodation here?”  These statements are true, but it doesn’t make the reality any easier to deal with for those who are struggling to make ends meet, because in many instances employers in this area are still pay their employees way-under-market-related-salaries.  Every morning I say a prayer of gratitude because I work for a company that not only remunerates its workers well, but also allows for both professional- and individual growth.  Add to that great colleagues, and it’s a recipe for success.

Besides the supply vs demand for accommodation in general, another topic came up for discussion: In December many people were left out in the cold as their landlords put them out to rent the places for the summer holiday at rents only the Northerners can afford.  There are two sides to the argument of course – as a tenant of a furnished flat, the first thing I did when signing the lease was to check that I wouldn’t have to vacate the property during the summer holiday, because my brain said, “where will I go?”  I wanted the assurance in writing that I would have a roof over my head during the busiest part of the year, and I got it.  I will say too, that the couple that owns my home, are amazing lessors.

So, the question begs, did these people that were displaced not know about the requirement to vacate, or did they merely not bother to procure alternative accommodation in time?  Or did the property owners merely shaft them?  It’s anyone’s guess.  The plight of the tenants left stranded has now been raised to the point where the legality of such rentals is going to be investigated.  A good thing, I believe because there is clearly exploitation of a loophole somewhere. Whether it is intentional or not is irrelevant.

It will be interesting to see what the outcome of the investigation is.  Guess we’ll have to just wait and see…