Many of you who follow my blog know that I live in a “holiday town” which is invaded by people from up North every December and January. It is like these Northerners forget the road rules, their manners and obviously their ability to read at home when they come on holiday.

This is an example of two people who unpacked an entire trolley worth of groceries at the till which is clearly marked for “10 items or less” – when the cashier mentioned this to them, they pretended not to hear (or maybe they left their ears up North too!). Really now, express tills are there for a reason. This really irks me. Argh!

Seeing as I only start work on the 11th, money is still a bit tight.  Dad puts money in my account to cover my debit orders and that is pretty much it.  I don’t know what I would do if I didn’t live in their house – because I would most likely die of starvation, or the horror of not being able to shower every day.  Small things that many people don’t have, so I’m blessed.

Anyhow, yesterday the great clean up continued and I found R67 in one of my handbags that I haven’t used in a while.  It is such a cool feeling 🙂  and I was also lucky enough to make some commission on my Sh’zen sales last month which also came in handy.

Elizabeth was off on Wednesday, so we spent the day walking into every little Chinese shop in town.  The heart of our beautiful town has died since the erection of the shopping mall, so I can’t tell you when last I walked the length of the main road – never mind in heels!  We didn’t buy anything for ourselves, but seeing as her youngest sister is getting married and her bachelorette is coming up, we looked for stuff we could use there.  We found a sassy G-string, and paper plates and streamers in the right colours.

They are flavoured and come in three different types…but, what made them a bargain is that they were being as a banded pack with this interesting little sex toy:

I am of course extremely curious to find out if it works, but it was the last one.

This little duo of goodies came in at less that R70.

Then yesterday, while we were sitting at home waiting for something interesting to happen, we heard a car going by with a loud speaker mounted to its roof, telling the entire neighbourhood that one of the local churches would be hosting their annual feté, so we went to that.  Now, I am a hoarder (don’t tell Dad that I have confessed because he will have a field day), so I can’t resist bric-a-brac tables, nor the tombola.  I spent R50 at the tombola yesterday and got 10 tickets.  Look at the things I brought home. 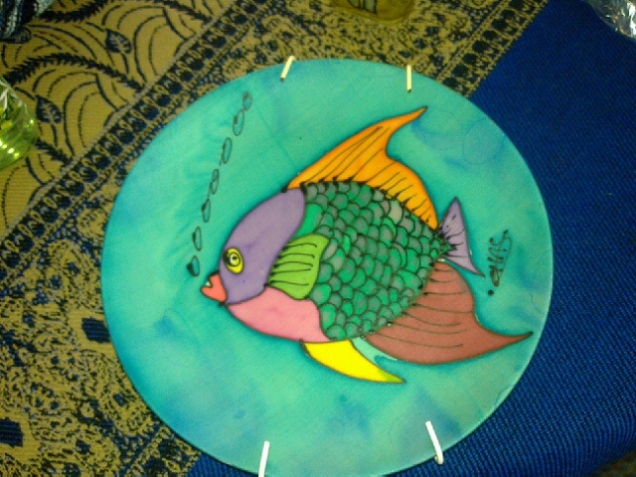 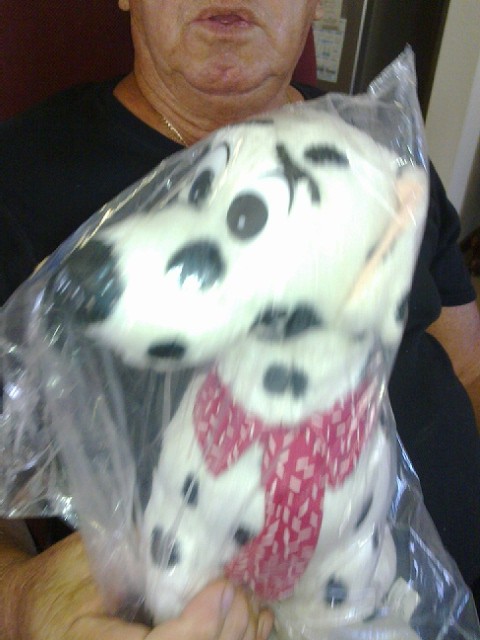 Now I obviously don’t have a need for soft toys, so I will gift one of them to Mary and Martin and the other to Carmen to use in the studio she uses to take photos of babies.

I just love the bag!  They were actually selling inside for R50, so I reckon I was lucky to have won mine.

I am very chuffed with the balsa wood elephants, as well as the candles.  I gave Mom the glasses and the tray and they will be used in the camper.

Right, now I have to get out of my PJ’s and do something constructive.

…Yesterday I went for a job interview, the first one since I was diagnosed with depression.  And, I am thrilled to report that it went extremely well!  The position is right in my field of study – Importing and Exporting for a company that is situated closer to home than the farm was.  The hours are much better and the pay is the same as what I was getting at the farm…so less hours for the same money in  a position I’m well suited for – sounds perfect.

I played open cards with the employment agent regarding my illness, and she said that she will discuss it with the client, but she also understands the fact that the long hours at the farm, resulting in no home-work balance is what drove me a bit nuts.  The client is currently in France and will be back on Sunday, so I am expecting to hear about an interview not-too-long after that.  I asked how many interviews she had conducted for the position and she said two before me, but both were not suited to the position.  She will continue to look for alternative options for the client to choose from, but she is definitely going to recommend me.

Today Anne and I got together for brunch at one of our local haunts – it was her treat.  We had a great catch up – she is looking absolutely fabulous with all the visits to the gym and kick-boxing she’s been doing.

From there I went to pick Elizabeth up from work and we went through to George – to do a bit of shopping and just mosey around the other shops in the mall.  We are really exciting people – she bought two boxes of Granola cereal and I bought a sassy new set of underwear at Mr. Price.  We then hit Truworths and bought our friend, Liza two pretty satin nighties as she and her boyfriend of a year are going to be spending the weekend together, seeing that Valentine’s is on Monday.  Unfortunately I couldn’t join Elizabeth in delivering them, but I will no doubt hear about her reaction tomorrow some time.

Anyhow, I’m off to go and get myself all showered up and comfy in my PJ’s.  I have a date with CSI in a while.