Now, I live in a tourist country, as many of you know. More so, I live in what is regarded as a tourist town, although out-of-season, the streets are rolled up at 5 PM. My favourite local destinations are Cape Town and closer to home, Wilderness and the Tsitsikamma. I’ve been to Durban and I spent the first nine years of my life in The City of Gold, and while it holds a nostalgic place in my heart, I’m not sure I would ever want to live there again. I’m a lover of small towns, with history or places that have trees. Cape Town has both characteristics, so that’s why it qualifies for me, despite being a city.

Carmen once told me “you either have a heart for Africa, or you don’t”. I thought it was a joke. Seriously! Yet, ever since I was 12, having learned about Cecil John Rhodes, David Livingstone, and Henry Morton Stanley in history, I’ve had a yearning to visit Victoria Falls. I finally realized, after a stint in hospital earlier this year following a major depressive episode, that it’s time to realize long-term dreams, and then dream some more, turning those dreams into goals, with a definable deadline.

I’m going to blog about the best experience of my life in parts, because a single post will not do it justice.

I had a lovely flight from George to Johannseburg on Mango, enjoying a Zulu Blonde, a beer brewed in Eshowe in Natal. 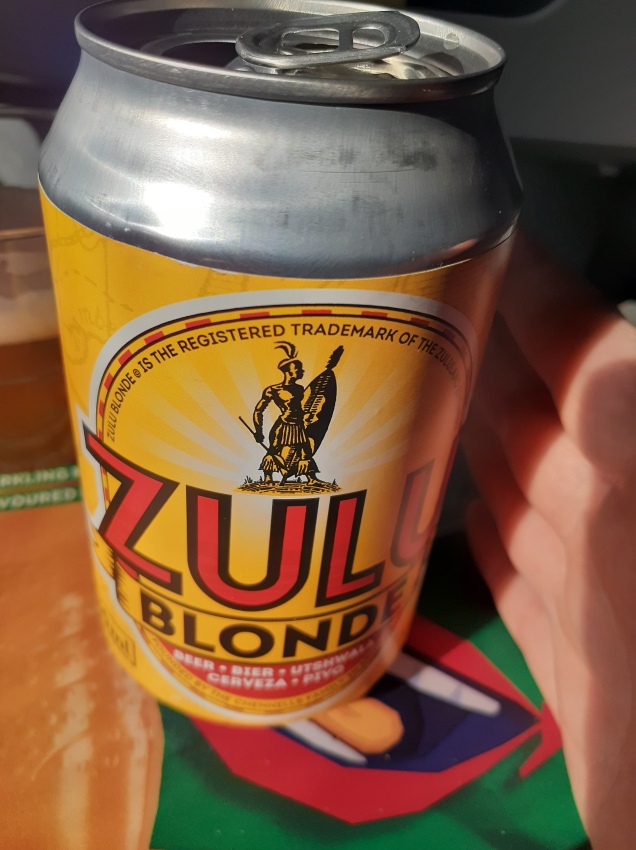 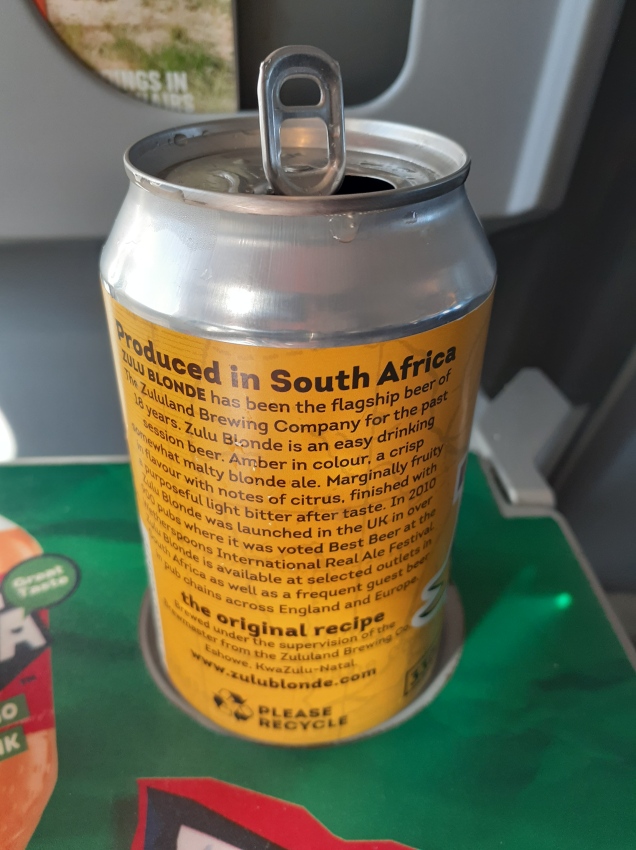 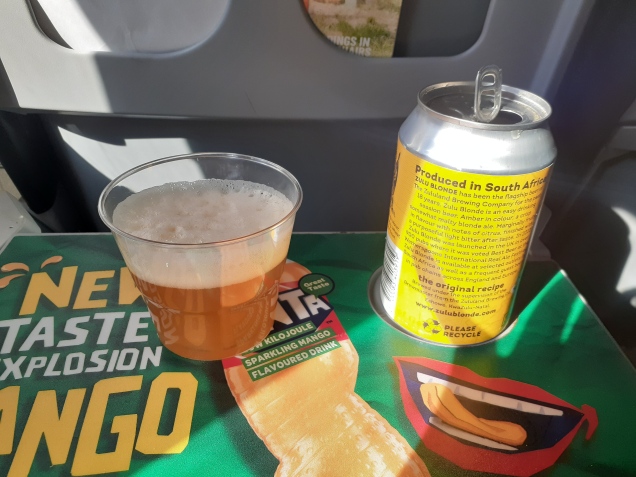 I spent Thursday night with Kayla, at her home close to OR Tambo International Airport and met another amazing soul, Caroline. For the first time since my hospital stint, I had a drink, and then another and then another and well, at the end of the evening, it was 4 ½ bottles of wine and a truckload of laughter later.

Kayla made me swallow two paracetamols before bed, which thankfully warded off the worst part of an insane hangover. Caroline kindly dropped me at the airport, which was somewhat chaotic as the national airline, SAA is once again striking about wage increases. It irks me every time to hear about strikes, but even more so after my visit to Victoria Falls.

I went through passport control quite quickly because I was keen to browse around the duty-free area. So many shops, with so many wares, but nothing was bought because I didn’t want to have to lug anything all the way there, and then back again. Soon I was at the boarding area, where I sat reading my book, drinking coffee to properly wake up, and copious amounts of water to flush out the Wrath of the Grapes.

The BA flight to Livingstone left on time, and while I unfortunately had an aisle seat, the flight was pleasant. As we approached for landing, the Mighty Zambezi was clearly visible through the opposite window and I began to cry. I was so overwhelmed. My dream was slowly becoming truer by the second. Exiting the plane on the tarmac (which I’m used to, because we do it at George as well) at Harry Mwanga Nkumbula International Airport, I was hit squarely in the face by stifling heat. I hate getting hot, but there is something magical about the rays of the real African sun kissing your skin.

Declaration to enter in hand, Customs formalities were dealt with. Quickly and efficiently. Soon I was on the transfer bus, with another declaration form to complete to cross the border into Zimbabwe, which would be my home for three nights. The bus driver’s name was Stanley, a Livingstone local.

He drove me and some other BA travellers to their respective hotels (if within Livingstone), and the rest of us to the Victoria Falls border post. Once again, Customs entry was painless. Stanley handed us over to another driver, Lungile, and we entered Zimbabwe. I was the last person to be dropped off, as my accommodation was in the Zambezi National Park itself – an incredible place called The Old Drift Lodge.

My next post will be about The Old Drift Lodge, in the form of a review, which I will post to other-travel related sites, such as Tripadvisor.