I have drunk more wine this weekend that I have in the last three months, but it is definitely not a bad thing.

Friday night I got to Elizabeth just after six and we went into town to get pizza for dinner.  I wasn’t hungry because I had eaten leftovers from Thursday night.  She was (is) still very fragile after Greg’s memorial service, so I suggested a bottle of wine on the beach.  She agreed to the wine, but not on the beach, so we drank it at home.  Being unemployed I can’t afford the really good stuff, but this bottle wasn’t too bad.

For some strange reason, Elizabeth gave us plastic wine glasses – although it proved to be a blessing in disguise later on when she dropped her cellphone on her water glass, breaking it (the glass, not the phone).  I proposed a toast to Greg early in the evening and Elizabeth chinked her glass against mine, quite hard (again, plastic glasses were a blessing in disguise).

I even shared the wine with Elizabeth’s dad too, nice person that I am 😉 and he was so chuffed that he opened another bottle of red wine (Woolies Longmarket Pinotage) and when that was finished, he opened another (Rooiberg Cabernet Sauvignon).  Needless to say, as long as there was wine, I was having some.  Even Elizabeth, who is not a big drinker matched me glass for glass, become somewhat pensive and philosophical as her intake increased.

After ten she decided that it would be better if we sat on the verandah because it was an incredibly muggy evening.  She talked more about Greg, getting the sadness about her system, and about life in general.  In her philosophical state of mind, she decided to propose a toast, which I actually wrote down because it rings true:

“To histories – the people who have been part of our lives, who have made their marks in our lives, and for just being in our lives.  Without them, we would not be who we are today.”

Having had way too much wine, I ended up staying over there.  We only went to bed at something to midnight (two nights in a row…could this be a pattern forming?!)

Saturday morning broke with Elizabeth’s alarm going off – poor woman had to get up for work!  She didn’t have an inkling of a hangover.  I grumbled at her for putting the light on, but I just turned over and went back to sleep.  I got up at 08:30, with a tiny headache, but after a bath it was gone.

Off to the mall I went to buy a gift for Mary’s baby shower – I shopped up a storm!  Baby clothes and goodies are just so cute. 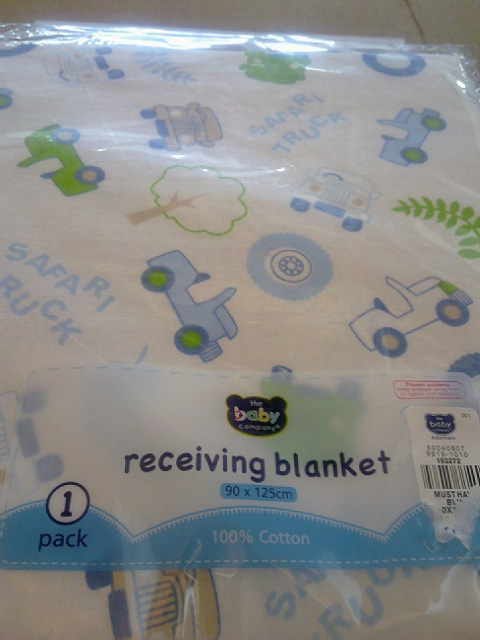 Suddenly I was reminded by a grumbling tummy that breakfast might be a good idea, so I stopped at Wimpy where I ordered a full mixed grill, an extra hashbrown and a mega coffee.  Just what the doctor ordered.

After fetching Elizabeth at work we went through to Redberry Farm (a farm where you can pick your own strawberries – not the farm that I used to work at) for Mary’s baby shower.  I had a good chuckle at this sign close to the parking area. 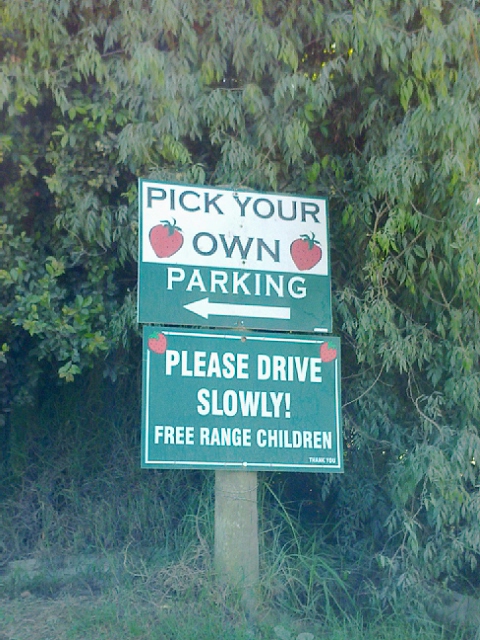 It was sweltering in George!  She was surprised, so the mission was accomplished 🙂 and we all had a lovely time.  Her gran bakes the most amazing coffee cake.  From there I came home to get more clothes (as Elizabeth’s sister and soon-to-be-brother-in-law) invited us for a braai at their new home.

Again, it was wine time – this time it was a bottle of Mountain Shadows Pinotage that Jay bought for us to actually drink on New Year’s Eve.  It went down well.

Tonight Mom and Dad will be back from their week-long outing to Port Elizabeth and we are going to the Ocean Basket for dinner.  There will definitely be more wine drinking 🙂