I was chatting with a friend of mine from school, Aimee, who some people tend to regard as a bit loose.  We were having a long overdue chinwag about what’s been happening of late and if there are any prospective suitors on white horses looking to rescue her, because the calibre of blokes that have crossed her path are more like the village idiots on their turtle-steeds.  Like me, her biological clock is ticking louder than a pack of C4 attached to Big Ben, but unlike me, it has her going out of her mind.  Sure, I want to be a mom to a beautiful child, but I also want to be able to give it the best I can, and right now, I can’t even keep my pot plants alive.  There is of course, most importantly, the mandatory requirement of sex (it doesn’t even have to be mind-blowing, although granted, that would be a bonus) being a requirement to stop the deafening tick-tock of the ovaries.

Aims has a perfectly good friend with benefits in the wings and a guy who she quite fancies, but who is a decade younger than her.  As much as she protests I don’t want to be a cougar, I honestly think she would love to bed him at least once.  Technically, she is still too young to be a boy-eating cat woman, but I think the idea makes her feel sexy and desired.

Unfortunately, even though she has with one willing willy (and one quite possibly at the ready if she would just make a move on Junior) the willy she really wants spilling its kazillion little swimmers into her is that of another woman’s husband.  Problem, that.

She is quite taken with him.  They met through work and, as is her MO, she texted him asking him for coffee.  His reply was polite, but a rejection nevertheless.  He had had a naked ring finger when she visited his office, so she made the reasonable assumption that he wasn’t married.  Turns out, he and his wife were having their rings redesigned for their tenth anniversary.  Depending on what side of the fence you’re sitting on, this might be romantic or bummer!  Being the kind of friend I am, open-minded and knowing she needs me, I’m on the bummer side, cheering her up with my flamingo-pom-pom dance.  The soppy side of me is thinking ah man, I want someone romantic like that.

She showed me a picture of him – he’s attractive, in a ruggedly-gentleman kind of a way.  Tall and slightly muscular, with a fair complexion.  She tells me that he has a sensual voice to go with the handsome face.

I get though why she feels the way she does; from what she’s told me, he’s a good guy, for the most part.  A little sarcastic at times (but she gets off on the banter), and a touch OCD (everything on his desk is arranged in a straight line, from smallest to largest, left to right) but his head is screwed on properly.  She’s the sort though who will tell you without batting an eyelid of shame, that that’s all good and well, but it’s his other head she’d like to be screwing.

The thing is, besides the fact that he has a wife (and a couple of kids), he is cemented in the moral high ground.  Admirable in current times when divorce seems to be the order of the day.  He has told her countless times that there is no way on this earth that he would consider leaving his wife for her, nor is he prepared to have a physical affair.   Is that a crack in the cement I see?

While she says she’s okay with what they have now, I know that she’s not:  She told me that she was getting her freak on with a guy she had hooked up with after meeting him at a local haunt.  According to the rather colourful commentary, he was quite adept at what he was doing and under normal circumstances she would have been clawing the sheets while screaming his name, but this time round, she finished up rather quickly, with only a single O-face, which is not at all Aimee (from what I’ve heard from not only her – because self-praise is no recommendation – but some of our friends and acquaintances who have had the pleasure of ploughing her rose garden of trust).  Where most women have spigots, Aims has been blessed with the ability to climax like a sprinkler system oiled with Red Bull.  The devastating lack of multiple orgasms happened because she was so focused on not calling Mr. Freak by Mr-Married-Willy’s name that she totally missed the moment.  Mr. Freak noticed it too, so the chances of a replay are rather slim. Ouch…

Anyhow, I spoke to her last night wanting to know how she’s feeling and she told me that she spoke Mr. Married Willy, who feels her pain, but he has reiterated that he is not interested in more than the emotional tryst between them.  She is forging ahead, from a mindset of idyllic fantasy and enjoyment of music, to a minefield of mad sadness because she sent him the lyrics to Katy Perry’s Thinking of You (because he will understand her point of view when he listens to it).  I don’t know about him, but that song is stuck in my head now.  Argh!

I’m not sure how long she is going to carry on with this lunacy, but as her friend I will stick by her, regardless of her decision, because it is not my place to judge.  But I know that heartbreak on some level is inevitable, so I have already begun stockpiling tissues, wine and sad country music.  You know, because she’ll understand the lyrics. 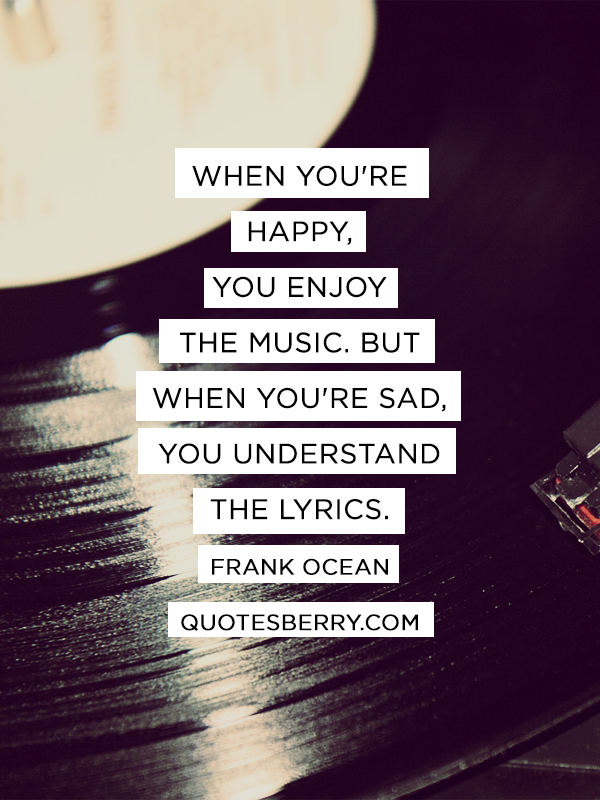